skip to main | skip to sidebar

Biography
Ianko Nikolov Iankov-Velyovski was born on August 13, 1944 in Bulgaria, Montana District (at the time – Ferdinand, afterwards - Mihaylovgrad), in the village of Klisuritsa. His parents were ordinary villagers, who earned their living with agricultural labor; currently deceased.
According to the local historical data and folk legends, the village was found in 1688, when, after the Chiprovtsi National Freedom Movement Revolt was brought under the control of the Turkish authorities, one of its military leaders, Velyo Stoyov, together with his family left the burned village of Klisura (close to Chiprovtsi) and moved about 30 kilometers to the north, where in close proximity to another small mountain passage (in Bulgarian “klisura”) became the founder of the Velyovski (Velyovtsi) family, which continued his intensive revolutionary activities and the founder of the village of Klisuritsa (i.e. the Small Klisura)[1]. Ianko Iankov is an heir of this Velyovski family.2

[1] Nameranski, N., The names of the villages in Berkovitsa, Mihaylovgrad and Lom Region, Sofia, 1991, p. 37, 131; Ianko I. Identity document. Political documentation. - Sofia, Vol. 4, 2003, p. 109-110.
2Ianko Nikolov VELYOVSKI is the actual name of the person, who obtained citizenship as Ianko Nikolov IANKOV. Trying to detach children from parents, from families and kin and to attach them to the socialist “idea”, to force them forget their actual roots, in the 60’s, the Bulgarian Communist Party legally imposed elimination of the family name and replaced it with the name of the grandparent on the father’s side. 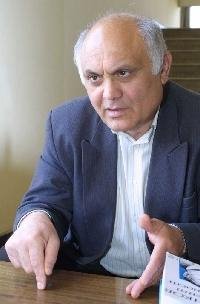